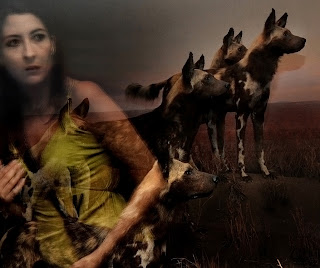 The exploration of the natural history museum diorama is nothing new, but Traer Scott's newest project adds another dimension to this exploration. There is always a voyeuristic aspect to viewing through the lens and the same feeling is evoked when looking into the diorama with taxidermied animals mixed with artificial plants and imported environment. It is all there for our viewing pleasure. In this project, Scott includes the humans trapped within the frames of the image in contrast with the animals. Interestingly, Scott captures what looks to be fear, awe and indifference in the people who pass by the reflective glass. 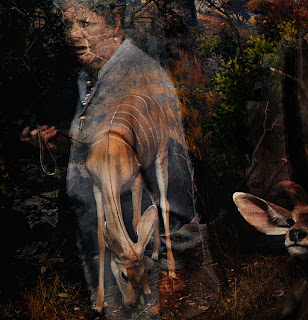 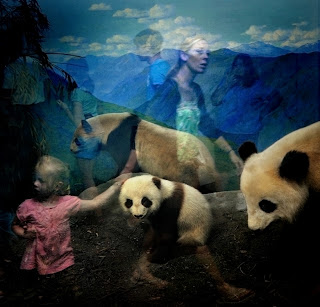 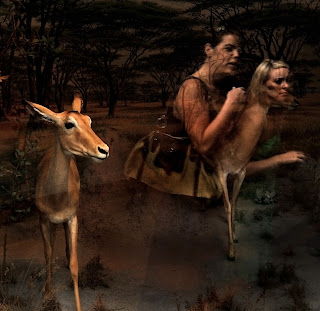 "In 2008, during a long anticipated visit to the American Museum of Natural History in New York, I accidentally created an intriguing image while “snapshotting” their dioramas. A reflection of my husband, inadvertently rendered in the glass and framed behind a large ostrich, gave me pause. A few months later, I began to frequent diorama exhibits around the country to furtively capture these narratives. It is both exhilarating and humbling to be the creative catalyst for these truly alchemical images which are set against a century old stage and born of random timing and fractured light. "Natural History" is a series of completely candid, in-camera single exposure images which merge the living and dead, in an effort to construct allegorical narratives of our troubled co-existence with nature. Ghost-like reflections of modern visitors viewing exquisitely rendered wildlife dioramas are juxtaposed against the preserved subjects themselves, their faces molded into permanent expressions of fear, aggression or fleeting passivity. After a century of over-hunting, climate change, poaching and destruction of habitat, many of these long dead diorama specimens now represent endangered or completely extinct species" -- Traer Scott

Posted by Melanie McWhorter at 8:49 AM