One of the larger issues associated with working on a personal project that an artist hopes to launch for a larger audience is creating a universal appeal for the work. Elin Høyland's Brother project, although an intimate portrait of two lifetime companions expands into broader themes of, literally, brotherly love, devotion and friendship with another human being and the feeling of loss and loneliness when one departs. 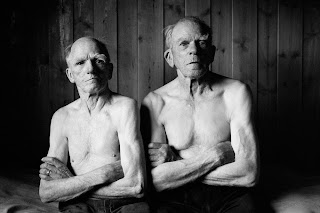 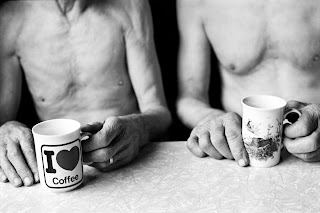 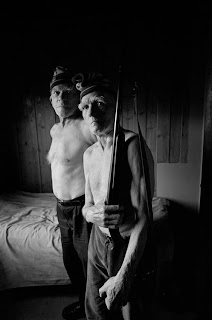 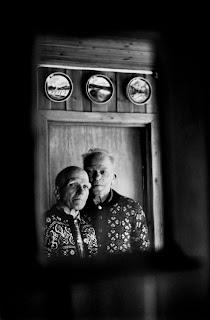 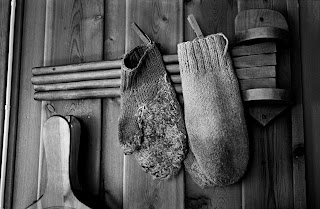 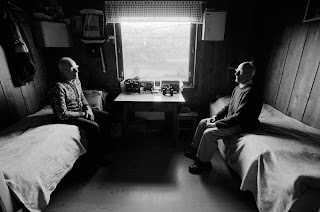 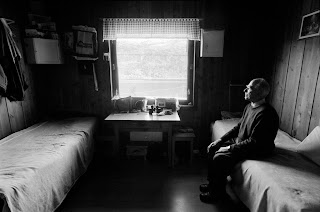 "The Brothers I was working on a photo project where two people were closely connected to each other. I'd heard about two elderly brothers living together on the outskirts of the small village of Vågå in Norway. I rang them and we made an arrangement to meet at the Co-operative supermarket , after their weekly shopping trip. I wanted to photograph them in their home so we got in my car. We made the ten minute journey to the house in near silence. I parked the car and took some time to collect my photography equipment. When I came into the house both brothers were stood to attention waiting, still in their hats and coats, rucksacks still bulging. Now I understood that it was going to take some time to get acquainted and sat myself down to get to know them. The photographs are a combination of the brothers letting me into their daily lives and the thoughts and ideas I had as I worked with them. The brothers had always lived together on the small farm. They had never been married and didn't get many visitors. The extent to which we began to trust each other meant that we could also have fun while being together and me taking the pictures. After a while I got the feeling that I as an outsider was also appreciated and that there was en element of satisfaction for them in being seen. I felt a huge privilege that they allowed me into their world. After one of the brothers died, I went back and took more photos of the remaining brother." -- Elin Høyland
Posted by Melanie McWhorter at 8:50 AM

I was fortunate to meet Elin Hoyland at Fotofest Paris where she was showing the mock-up of her book "Brothers" due out this year. The photos and design were strong and compelling making you care about the story of the brothers. It is a book to look forward to. She also showed the beginnings of her new project which was equally intriguing and really surprising.
Elin is hoping to do some exhibitions in the US to bring the story of the Brothers to a wider audience.