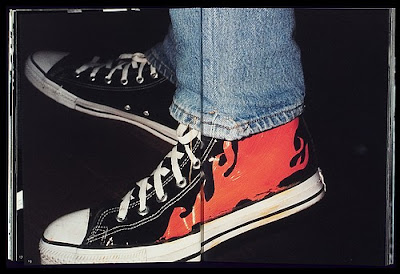 
Morten Andersen is an Oslo-based photographer who has published five books under his imprint of Hit Me! Books: Fast City, Oslo F., White Nights: Rocknroll photography, Leira and Fast/Days.

MM: Who designed and printed the books? How many did you print?
MA: I have designed all the books myself, only had some help with fonts and the technical parts from a friend who is a pro designer.
The different books have different editions:
Fast City: 1200, Days of Night: 1000, Oslo F: 500, Leira: 450, White Nights: 800 , Fast/Days: 1000 and forthcoming; ass time goes by: 1000

MM: How would you recommend a photographer get funding for his or her project aside from personal funds? Do limited edition prints help? MA: I made a ltd edition of 15 for Days of Night and and an edition of 30 for Fast/Days and got some money from that, but it haven’t made a big difference for me. As I mentioned earlier, it is a problem to get money back from the different booksellers. Money comes in small amounts here and there often after a looooooong time so the money have to be in place before the release date. I had some support from official foundations but the first one was financed from insurance money after someone stole all my camera stuff and other items from my apartment, the next one is financed with a bank loan for building a new bathroom ....:-D

MM: In your personal work, are you influenced by other mediums other than photography?

MA: It was my interest in music who led me to photography but of course also film, literature and other art and stuff around you influence you. 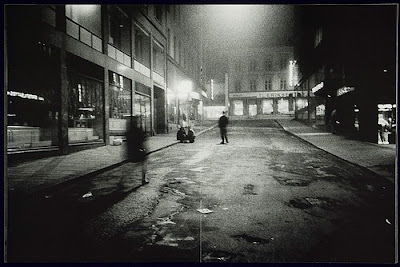 MM: What blogs do you read? magazines?
MA: I read 5b4.blogspot.com. I seldom read magazines, but I buy a lot of books..

MM: What is your favorite book, photo or otherwise?

MA: One of my favorites from the last years is Emi Anrakuji’s first one-- not so crazy for the latest one but love the first. Other favorites are Poste Restante by Christer Strømholm, Showground by Paul Kooiker, Invisible City by Ken Schles, Waffenruhe by Michael Schmidt, Solitude of Ravens by Fukhase, and various Moriyamas books.

I am also a fan of Jack Pierson, Annlies Strba, Franz Roh, Christopher Wool, Boris Mikhailov, Nan Goldin and others; but find a lot of the photobooks coming out these days quite a bit boring...

MM: You obviously love music and have worked as a photographer for the music industry. Do you have a favorite group or genre of music to photograph? Why?
MA: When I started shooting in 1980 it was of local punk bands and it has been a lot of them since then. I almost don’t shoot bands anymore but I worked close with the Norwegian deathpunk band Turbonegro from 1990-1998, a great band and great to shoot. My next book is entirely dedicated to them, 315 pictures, 512 pages. Due out in September!!

I listen to a lot of different music but my all time favorite band is of course the Stooges. 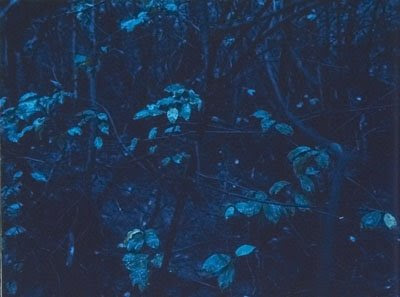 MM: Do you have an odd or funny photography related story?
MA: There might be some but can’t think of any right now........ but if you are in NY October 29th I will have a lecture at ICP and hopefully remember some then...!

Posted by Melanie McWhorter at 2:04 PM